after moving Pegasus Prelude to the stable version of our mod is now finally time to talk more about the ground part!
Today we would like to show you two features we will introduce to the ground part of Pegasus Chronicles.

First of we got the deployable staff cannon for you which was heavily requested back in the days of the original Stargate EaW however we've never been able to achieve it.
A lot of time has passed since then and the entire team learned many new skills which enabeled us to introduce the unit to our mod.
We hope you like the below showcast!

For those who did not recognize the type of Jaffa right away...it's a Necropolis Guard of Sokar.
Here is a render for you to see him in his full glory: 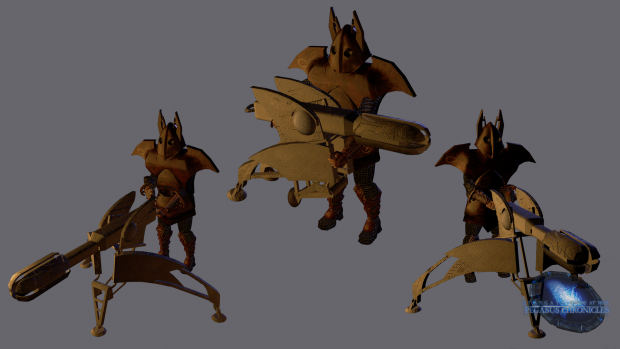 But there is more to this news and we're very proud of what comes next!
The ground part will come with a unique feature that has cost us quite some time and efforts...transportation rings!

You know this handy device that either helped our heroes of SG-1 to escape or brought in another round of enemies to make a desperate situation even more...interesting.
And that's pretty much how they will work in our mod. They will be pre-placed on specific maps where you can use them to outmaneuver your opponent.

This is how the proof of concept looked like:

And this is how we made them work:

- The rings are a regular capturable building that has been modified so units can run into it
- We've added a special ability (as a dummy) to the building. We've chosen power to weapons as it doesn't do anything when being clicked except that it's "active"
- Afterwards we've attached a script to the dummy that checks if the ability has been activated. if it is, it searches for the pairing ring (there are always rings paired, a connects to b, c to d, e to f) and validates that the unit to teleport is valid (it must still be alive and fit inside the rings [so no vehicles or flyers])
- The script then stops the movement of the unit inside of the ring (so you don't run out)
- Right away the script then plays the transport animation on the ring and shortly afterwards spawns a "light beaming" particle effect. With a short delay, also the animation of the second ring platform is triggered.
- As the game doesn't support random animation name, we've decided to go with the BUILD_00 animation as those aren't necessary in any other way for the rings
- Once the particle effect covers the unit in the ring, the script teleports the unit to the paired ring
- The script then disables the ability and reenables the movement of the teleported unit
- Aaaand that's it :)

We hope that you like the final result presented below:

Oh and while this news is called "Goa'uld spotlight"...yes other factions can use the rings as well. ;)

Not enough new stuff yet? During the week the team already published the picture of an "important building" on Discord. Join us there to keep up to date on the latest news! 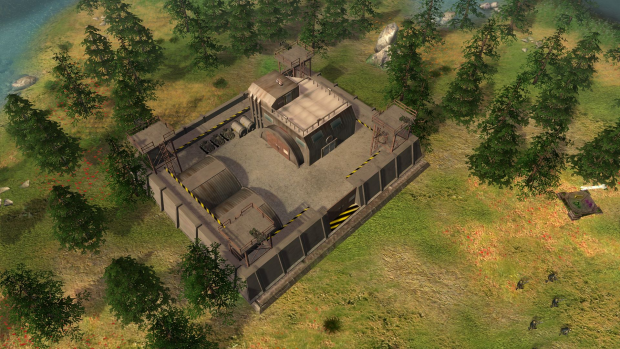 Last Sunday we also resumed our development stream with the first Particle and Effect stream which you can still watch as video on demand below:

If you enjoyed those...good news! We will continue with another stream tomorrow! 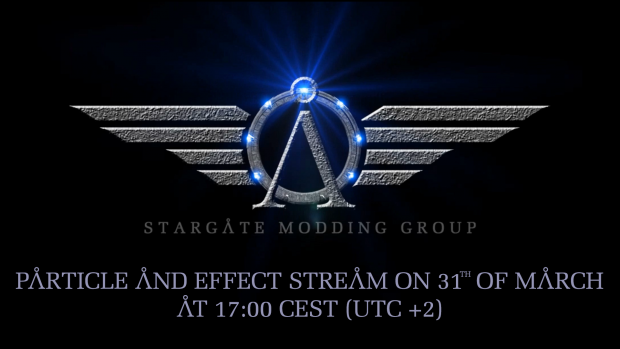