Before you post a bug report or a feature or help request, please think about these things first:

This forum is for questions about problems with the mod, feature requests for future work and reporting bugs with the current build. Please do not post anything about Stargate in general or such.

Search before posting. There might be another topic written by someone with the same problem as you have that resolved the issue.

Do not hijack someone else's topic with irrelevant questions of your own.

Please try to test bugs more than once; a bug may only happen one time and thus needs not be resolved after for example restarting the game and trying again.

When reporting a bug or asking for help, please supply us with as much relevant information as possible. State what the problem is, when it occured, if you changed something yourself just before the problem occured and so on.

Last but not least, remember to be polite!

Land battle units and buildings not there

Less More
08 Jan 2017 21:14 #85431 by Altarin
Land battle units and buildings not there was created by Altarin
Hello, I recently downloaded the installer for this mod a couple of days ago. Everything installed fine and I was able to play an awesome space battle, however, when I tried to play a land battle there were no units or buildings present for any of the factions. I took a look at the mod data and there doesn't appear to be any data for a land battle at all. No models, effects, sounds, anything.

So far I've tried downloading the open beta versions but that didn't change anything.

Does this mod just not have land units implemented yet, or is there something wrong with my game?

Less More
08 Jan 2017 22:14 #85433 by Imperial
Replied by Imperial on topic Land battle units and buildings not there
Welcome Altarin,

Does this mod just not have land units implemented yet, or is there something wrong with my game?

Thats right we simply have no Ground mode done yet. We would announce the finished ground mode on Moddb.

Less More
08 Jan 2017 23:48 #85435 by Altarin
Replied by Altarin on topic Land battle units and buildings not there
Oh, sorry then. May I ask if you guys plan to release a version with ground battles?

Less More
09 Jan 2017 01:08 #85437 by Altarin
Replied by Altarin on topic Land battle units and buildings not there
Awesome, thank you. Regardless, I must say this is a beautiful mod, and I'd be very grateful for ground combat. ^^

Less More
09 Jan 2017 21:04 #85451 by Sigma
Replied by Sigma on topic Land battle units and buildings not there
If you play the open beta and pick Go'uld for ground battle some of the buildings are there (they're still vanilla buildings though) and you can get a sneak peak at what the units look like in the build menu, you can build them but they won't deploy due to what @Imperial mentioned.

Less More
14 Jul 2017 16:23 #87629 by Westlee
Replied by Westlee on topic Land battle units and buildings not there
Is there a forum page that lists the ground units already created and the ones needing work? I am not a great modeller but I could do a few things. I noticed you have a goa'uld tank. I could do a few gate capable vehicles. I presume the malps and Freds are done already.
Would Quad-bikes, dirt bikes, Russian survival bikes, snowmobiles and ultralights be acceptable? We see some at the alpha site but we never see them used on screen much.
Where is the base male and female mesh for the three major races? I tend to work in wings and blender but both can export to 3ds.

Less More
14 Jul 2017 20:34 #87630 by Imperial
Replied by Imperial on topic Land battle units and buildings not there
Welcome Mr Westlee,

So you're offering your help at modelling? That sounds awesome

Would Quad-bikes, dirt bikes, Russian survival bikes, snowmobiles and ultralights be acceptable? We see some at the alpha site but we never see them used on screen much.

I thought about something more in Goa'uld Style, the Udajeet.
Uda WTF?

Well a while ago I got this idea from our Moddb follower Crimsontip: 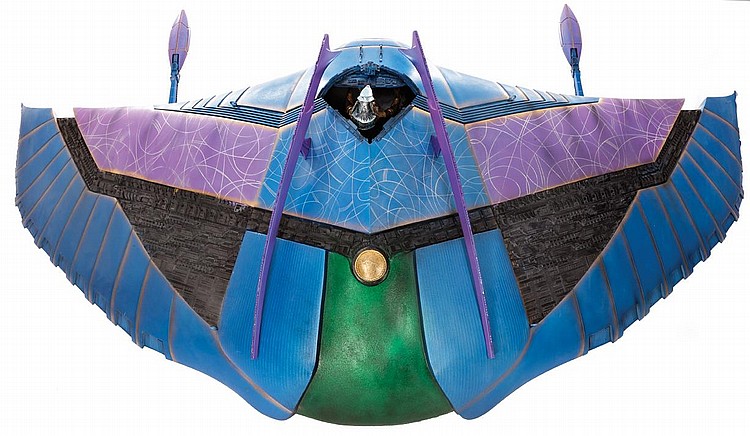 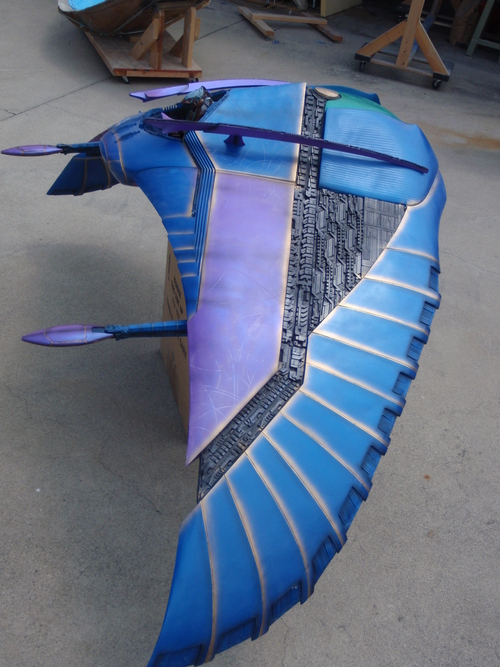 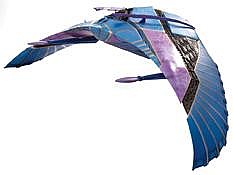 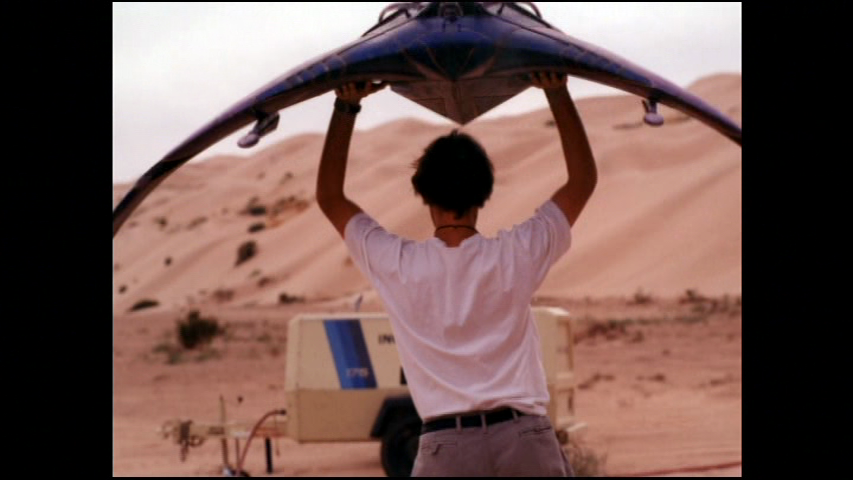 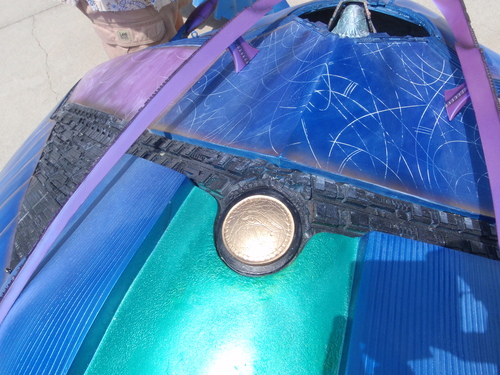 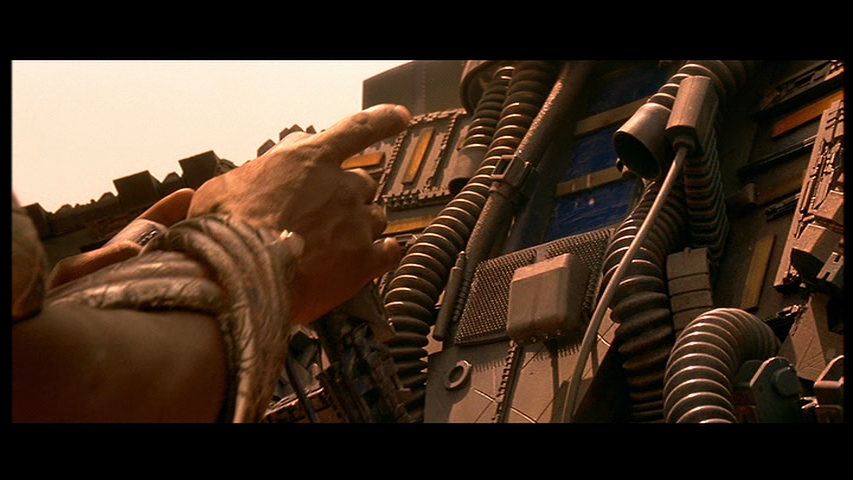 He offered info about a Unit he knows, this is a real Hover Tank ^^
Made me curious and I asked for Info:

Crimsontip wrote: As requested, I sent some photos of the Udajeet prop. I also have some insights and info.
Not much is truly known about the Udajeet glider. I have the Bill McCay books
that were designed to provide an expanded universe for the 1994 movie. However from 1995 onwards
he wrote five books each published in the following years until 1999 when and during the sale of the fifth book
MGM gave him a cease and desist order because the fourth book had the words "A Exciting TV series from MGM!" on the titles of Reconnaissance (4th book) and Resistance (5th and final book) and confused people. Plus the series was a spin-off and his books were never confirmed as alternate canon by the original creators of StarGate 1994 (Roland Emerich and Dean Devlin) nor SG-1 creators; so they kind of are in limbo.
In these alternate universe books The Udajeets are capable of high to low atmosphere operations.
though it is suggested that they can be "supercharged" to perform in space. but this is not elaborated on. Though excellent reads, there are some typos and inconsistences. Its strongly implied that Udajeet as a word is pronounced OO dah JEET as the author writes that one of the air-caste Horus Guards is complaining that he's been press-ganged into Hathor's invading ground army in the second book Retaliation; "I am AN Udajeet pilot! Not some flunky's ground boy!" notice that if it was YOU dah JEET it would have been "I'm A udajeet pilot!"

All that is known about the Udajeet is it is a single manned craft and has the ability to broadcast and amplify the pilot's voice to deafen and terrorize slaves and armies on the ground. Like I said the Death Gliders and apparently ha'taks had this ability too. The only time in the series when you see this in when Svarog invaded Latonia in the episode The Sentinel, as he starts using his ha'tak to scream his insults and fury at the residents before unleashing low powered shots. The Udajeet is primarily anti-gravity and can perform incredible maneuvers while strafing.
There is something in the books (Rebellion, first book) that I find a bit overpowered, it is possible that Bill McCay didn't watch the movie but he claims that the guns aboard an udajeet (He refers to ma'tok staff weapons as blast-lances and high ordinance staff cannons and staff cannon shipboard batteries as blast-cannons) underneath the wings can be aimed forwards or back wards like they can track targets. I believe this to be only possible if the guns were mounted on the underside of the main pod that houses the pilot station as a turret. however this would give the Udajeet a deadlier reputation than the standard Death Glider. but its kinda overkill in my opinion. Anyways the last thing I can think of is that the Udajeet's pilot is required to wear their god's totem battle helmet or don a falcon/serpent/jackal battle helmet. I don't think there is a force field to protect a pilot implemented in the edges of the cockpit. Also I'm betting that the ability to throw their voices around the battlefield is an extension of their helmet's systems as they tend to amplify and distort the wearer's voice already on the ground, especially when Teal'c dons a few masks.
They aren't armored very well as it would take one missile or an RPG to down them but unlike a Death Glider it is implied in the books I have (Rebellion, Retaliation, Retribution, Reconnaissance and Resistance) that they are highly aerodynamic and very maneuverable. Of course my personal opinion is that a lot of systems are sacrificed from the death glider to provide extreme performance and speed and the pilot doesn't look comfortable as his bare skin (if they're the Egyptian variant Horus Guards from the movie) would definitely be buffeted by the environment.
The Ma'tok staff cannons seem to be at least twice to three times as powerful on the udajeets. Most likely for indiscriminate crowd control and to put down armed rebellions and armies. The last thing I can think of is that when the Udajeet is deployed in the original movie is that its wings are folded down until after it clears the hangar.

I can see the Udajeet in the System Lords collective arsenal, but due to their fragility and being a atmospheric craft only they would see limited use and be probably used as garrison forces on worlds that don't need or don't have the Death-Glider. Speed would be key as a strategy and it would have to be blindingly fast to outpace return fire (it has enough armor to deflect bullets and shells. I'm not sure about standard AA fire from say like world war 2 or Vietnam, but a missile from today would outright kill it. It would be awesome to see this craft implemented. For sound clips I'd just take the voices from the movie when you order it around. I never did care that people spoke universal English, I like the tongue for the Ancient Egyptians' gods in the movie. but its up to you guys. Keep up the hard work. Looking forward to the ground missions, skirmish and GC.

I imagine this unit to have lighter armory (and cabrio feeling).
It would fly about 3-4m over the ground and move quite fast (still not as fast as an real Air unit).
There a sweet little Goauld Guard would be visible in the cabrio cockpit.

So I'm tieing loose ends of the golden thread together, a idea from the community modelled by someone from the community.
If you feel like modelling (and maybe also texturing) this for us that indeed would be awesome.